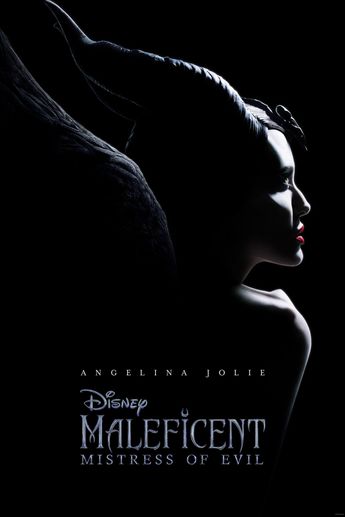 I re-watched the first film recently and though its not the best offering from Disney it was pretty entertaining. Amidst the live action remake craze for Disney this one puts a spin on Sleeping Beauty and really focuses on Maleficient and how she’s more identifiable than being a straight up villain. I was excited for the sequel from the get go and not just because I’m crazy about Elle Fanning. After watching Mistress of Evil, I’ll say its on par with the first and very close in quality. It may be slightly better.

In this film Princess Aurora geta  proposal from her lover prince, and thus his in laws want to meet Maleficient prior to the wedding arrangement. The Queen has evil plots of her own. She wants to rid the kingdom of fairies and attempts to be underhanded in doing so and framing Maleficient for cursing the king, who has fallen into slumber much like Aurora did in the previous film. Most of the main cast remain apart from Prince Phillip who has been recast.

For the most part the visuals are good. There are large scale scenes of war between the humans and the fairies and it looks nice. At times its ropey as with the first film but works overall. I feel like Angelina Jolie and Elle Fanning are more comfortable in their roles this time around and Jolie embraces the character with more veracity in this installment. The story isn’t the most clever. The plot is thin, predictable, and unoriginal, but you can only do so much in the confines of this Disney Sleeping Beauty universe.

I had a pretty decent time overall with this film. Its nothing amazing but for fans of the first it’ll please. Its close in quality to the first and calls on more emotion and much more from the fantastical world of creatures created in this world. I think it’ll be perfectly fine to call the series quits here but knowing Disney, if theres a cash cow it’ll keep going. Not a completely necessary film but for what it was it was enjoyable.