Emma Woodhouse, handsome, clever, and rich. I recently watched the 1996 version with Gwyneth Paltrow in the leading role to get an idea of the story of the film going into this one. I love Anya Taylor-Joy so much. I’ve seen every one of her films apart from Marrowbone. I was so excited to see her in yet another period piece but this time in a sly comedy. I ended up really enjoying this film. Its got laughs, love, class, and even a deft touch of sadness.

The film is about a a wealthy 21 year old girl named Emma, who meddles in the lives of those around her. She tries to set her friend up to a man she is not romantically attracted to. As time goes by Emma discovers that trying to fix peoples lives does not always work and then she herself becomes romantically inclined. Along the way Emma realizes how manipulative and haughty she is and the impact that it has on those who are around here. The film also stars Mia Goth, Johnny Flynn, and Bill Nighy.

The attention to detail and the production and costume design are absolutely superb. The film is rich with its intricate detail to period and the nobility involved. The film also possesses vibrant cinematography and camerawork. Its a really nice film to look at in a technical aspect. Anya Taylor-Joy is a talent and she’s fantastic in this role. Emma can be despicable at times but there’s an allure to her character and you can not help but want to be around her. The performances all around are great. I love seeing Mia Goth getting meaningful work, and I’ve never seen Bill Nighy have such a keen eye for a chilly draft.

The film just seems more attuned and in sync with Austen’s novel than the 1996 version. It embodies a wide range of emotions and can be hilarious with no dialogue at all. The cast have good chemistry and Autumn de Wilde shows a great touch in her impressive directorial debut. I think this film was great fun and is something I want to check out again because I found great (Anya Taylor) joy watching this.

The best part of my night though without a doubt is actually meeting the leading lady on the street after the premiere. She was present for a live Q and A and overall this was quite the experience. I am in heaven! 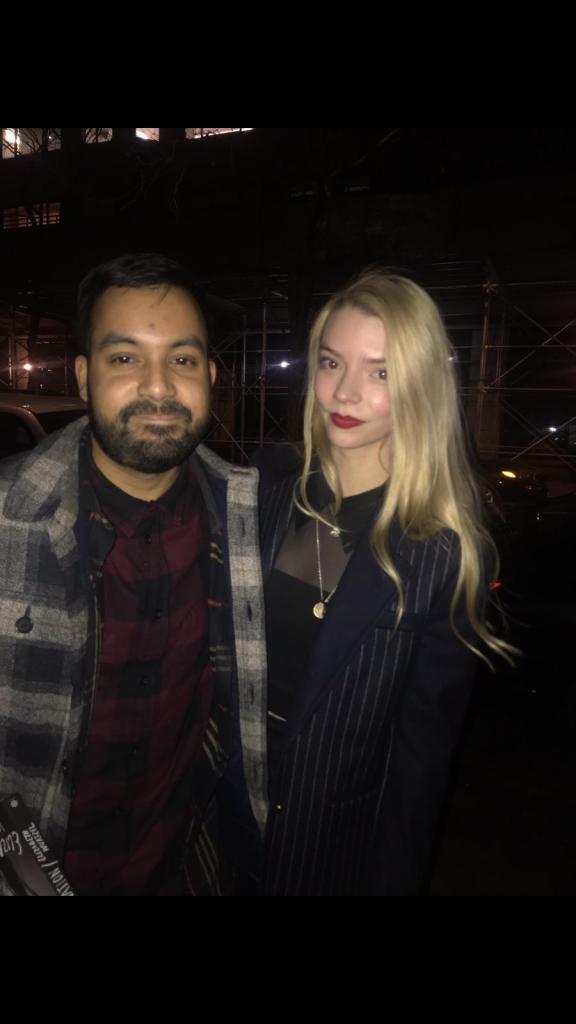