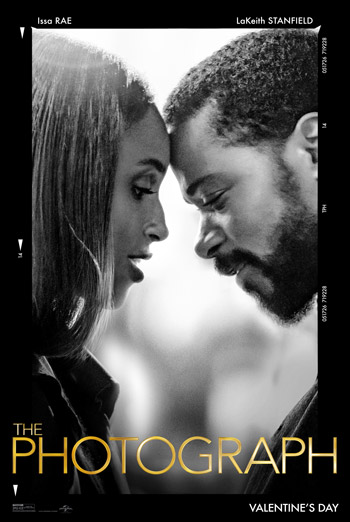 I expected a romantic film this Valentines Day but this one seemed a little different to me. Its one of those where I couldn’t really make out the plot of the film from the trailer, although it looked like a tale that flashed back and forth between two couples. The film also had two big rising stars I would say in Lakeith Stanfield and Issa Rae. The film is overall a good effort from Stella Meghie whose casting choices were excellent as the leads have a great deal of chemistry.

The film is about a talented journalist who crosses paths with a woman whose estranged mother recently died. Her mother was a famous photographer who moved from Louisiana to NYC to make it big. When the pair meet in the present day, they quickly bond and fall in love. Together they try to make things work in their own relationship while finding out about the past of the woman’s mother.

The film is shot very well. The cinematography is rich and very attuned to its cast and their story. The chemistry between the leads is so strong and makes their relationship seem so authentic. The changing of timelines gets a little messy for me at times but was necessary to tell the story of Rae’s characters mother and how her own love story had to end because of the importance of her career.

Overall, the film is expressive and filled with a talented mostly black cast. you even have Lil Rel Howery for the comic relief. The film mostly works because of the acting and the relationship in central display. Expect to continue seeing these two leads blow up in the months to come. I’m just glad February is having better offerings after a rather abysmal January.