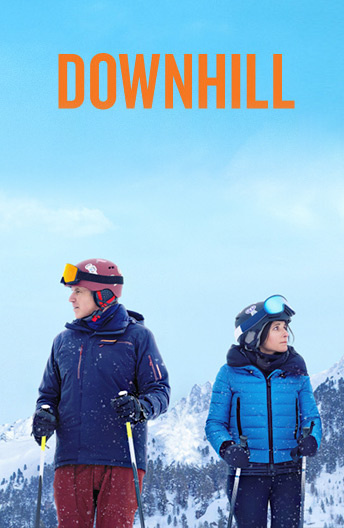 There were a few reasons why I was really excited to see this. The film was directed by he pairing of of Jim Rash and Nat Faxon, the directors of The Way Way Back which is a phenomenal coming of age film, for me anyways. Also, the pairing of Will Ferrell and Julia Louis-Dreyfus looked like it could have been comedic gold. Lastly, the premise of the film looked like it could have been great fun. I didn’t know it was based on a Swedish film. I hope the original has more spark than Downhill did because I feel like this film should have been better.

The film is about a family vacationing in the Swiss Alps on a skiing retreat. One day a controlled avalanche occurs and the family are in the midst of it. The matriarch of the family realizes that her husband ran for his life at that moment and took his phone, leaving her and their two children behind. This incident leads to a strained relationship between the two and brings a lot of problems to light, which in turn sours their vacation a whole lot.

The leading pair working together was something I thought I would love but I feel like the script lets them down. It isn’t funny enough as a dark comedy and also feels underwritten and stretched thin. The film had a lot of potential if it worked on its comedic element but really focuses too much on the drama to really feel like a great film. The two leads try (and Julia Louis Dreyfus is great all around) but its not enough for a film that comes and goes with a whimper.

I really wanted to like this more but I can’t help but feel that maybe this film lost a lot of its soul when it was going through the remake process. Its a shame, with a good cast and writers to boot this should have really worked and should have been a highlight of the first quarter of 2020 but becomes too forgettable and tame to do anything. I probably should have seen Sonic The Hedgehog instead.