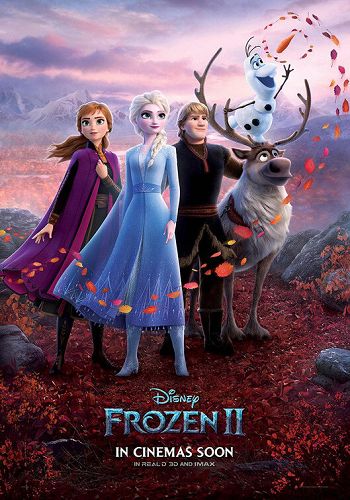 You couldn’t go anywhere in 2013-2014 without hearing “Let it Go.” I wasn’t blown away by Frozen and thought it was a bit of a sub standard Disney film, however its significance as an animated film and its influence on a younger audience could not be denied. Wasn’t in a rush to see the sequel but having seen it now I think it was worse than I expected it to be. Visually and sonically sound but it felt like a dull affair.

The film follows Elsa and Anna again this time as they leave the kingdom of Arendelle when Elsa hears voices and wonders about her powers and her parents and the mysterious Enchanted Forest. Most of the original voice cast returns for this one, including Josh Gad as annoying Olaf. I know I sound like a hater but I really wanted to like the sequel however it felt worse than the first.

Technically this looks great. The animation is riveting, it has a nice soundtrack, the voice actors are on point, and the autumn and wintery mix on display just looks riveting. Outside of that I can’t find much to like about this. This felt more over plotted than the first and then still feels stale. It attempts to tug at the heart strings with some emotional elements but I feel like it never really works for itself. I feel like much more could have been done with these characters and their struggles and everything to me felt really inconsequential.

I wonder if this film really needed to exist or if it was purely made because they knew the film would be a cash grab. And it was. Its done really well at the box office and I think we will get a third film. I just hope the film is written better. Either way, I don’t really care so much, Disney has done much better things in the past and recently that  I will forget having seen this film.