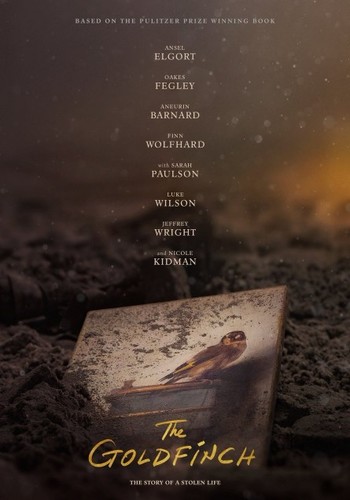 When Brooklyn came out in 2015, I was mesmerized by the sheer beauty of the picture visually, the story, and the all around fantastic performance by Saoirse Ronan. It was a great effort by John Crowley. So when I heard of The Goldfinch I had high expectations seeing as Crowley set the bar high with his last film. I didn’t really care for the trailers though I knew it was based on a well acclaimed book. What can I say, this film is overlong, has a messy narrative, and most definitely has to be losing the meaning and importance of the book because this film is not remarkable.

The film is about a boy who loses his mom in a terrorist attack and then grows up in a foster home and then with his drunken and abusive biological father, followed by a friendly antique owner. The film goes through the protagonists struggle with identity, love, and the fact that he took a really expensive Goldfinch painting the day of the bombing, and this last fact comes back in to factor in different stages of his life. Even describing the plot just now was messy for me.

The film looks quite nice. Crowley’s works look grand and intricate but that doesn’t really cross the finish line. The main issue with this film is that it has no heart and loses what I assume is a lot of the books importance. Its a meandering tale that doesn’t go deep enough and I felt like the last twenty minutes or so were just bad. The relevance of The Goldfinch is just lost on me and its just a moving plot device in a film that doesn’t know what it wants to do.

I don’t like to say it but The Goldfinch is masking around as Oscar bait but doesn’t have a whole lot of quality. I didn’t read Brooklyn either but the film feels magical and captures the era and aura of early 1900s Irish Brooklyn. This just feels like it sucks the main ideas of its basis and pastes it onto the screen. At a whopping  2 and  a half hours, this film feels its length. Ambitious? Yes, but most certainly better left alone.