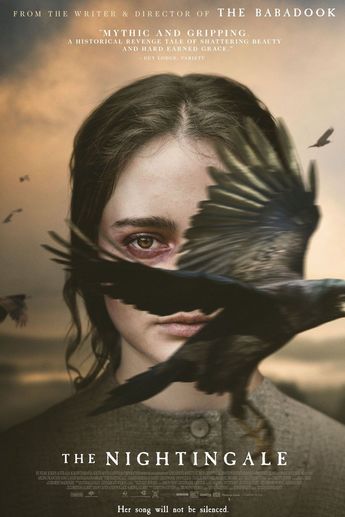 I didn’t care about The Babadook so much as a horror film, though I know others loved it. Still, I heard some things about Jennifer Kent’s follow up and wanted to see it. It was mixed reviews but mostly positive and I even decided to pay out of pocket for this feature as no AMC theater was playing it to use A-list. I’m quite impressed. Its a long and harrowing journey but one filled with a lot of realization, reflection, and development. This is Kent’s most realized work.

The film takes place in Tasmania in 1825, where an Irish convict is raped while her husband and infant child are murdered by corrupt and sadistic British officers. She soon goes on a journey of vengeance to bring bloodshed to those responsible. She enlists the help of an Aboriginal man who knows how to track in the wilderness. Together, the pair go through a tale of survival in the hopes of revenge and bringing justice to the men who have left a day prior. The film stars Aisling Franciosi and Sam Claflin, and Baykali Ganambarr.

The film is gonna split viewers due to its violent nature. There are a few scenes of rape in it and murder that will be uncomfortable for some viewers. Otherwise the film is quite an engorging watch. Franciosi is a terrific lead. Right after her rape, you see the strength in her character develop and the lengths she would go to bring justice. Her development is rapid but unwavering. The film comes from a different time and its interesting to see a film depicting these events.

The film basically felt like a rape and revenge film but not a B movie type from decades ago. Its a fully realized, and quality piece of work with that overarching theme that we saw a lot of in exploitative films. Its a long venture  and a slow burn but you will be glued to the screen to watch justice come to those who deserve it. Hopefully if for nothing else, this makes a name for Aislign Franciosi.