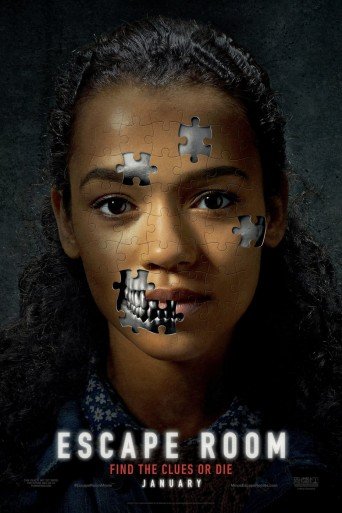 Now that its a new year, its time for a new year in movies. January is often known as the month where bad movies are released. Escape Room sort of looked like it could fall into that category, but I had interest in this. This was particularly because I have done an escape room a few times (although I’ve never escaped). Having seen this film, I wish for everyone to ignore what critics say this was actually a solidly entertaining time. About the best possible scenario for a first week of January film.

The film is about six different people who are invited to take part in an escape room, one that is billed as the best and toughest one out there. Soon the participants realize that their task isn’t just a game and that its a game of survival with death being the consequence. They also soon realize that their selection to participate isn’t as random as they initially anticipated. The film is directed by Adam Robitel, the same person responsible for Insidious: The Last Key, which I hated.

The rooms and challenges are for the most part clever. Sure, some of the solving of the clues are fast and improbable but suspend that belief and enjoy. Its a really fun time especially for a film that operates with a PG-13 rating. Who would have thought that a film based on a popular social game could actually be really good? It has all the elements of what you would expect from a mystery-thriller so its a good time in the cinemas and a good start to 2019.

The film does get messy towards the end, of course you can’t really expect this thing to be perfect and without any faults. Also, I really disliked the way the film shamelessly tries to set up for a sequel when it would be better as a one and done, especially since it exceeded expectations. Overall, go see it and judge it for yourself because I feel like this is a picture that will get criticism before people attempt to experience it for themselves.