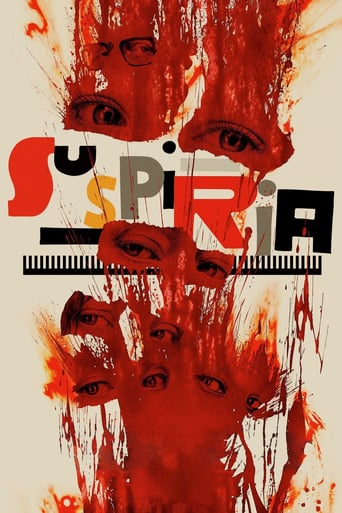 I absolutely love Dario Argento’s Suspiria. I have that film and Phenomena on special collector’s edition Blu-Ray discs and visit them every year. Re-watched the original Suspiria recently and it absolutely still holds up. The score, the atmosphere, the vivid colors, and the horror, its just superb. Was very into Luca Guadagnino’s version of it and it quickly became one of my most hyped films of the year. A Bigger Splash sold me on him and Call Me By Your Name was absolutely stellar. It just felt like the film was meant to be re-imagined in the hands of a director so capable of creating art. After watching the film, I have to say I’m still digesting it and wanted to like it way more than  I do.

The film has a political backdrop in Germany of 1977, and follows a young ballet hopeful named Susie Bannion (same name as the protagonist in the original) as she quickly becomes the lead in an esteemed ballet director’s play.  She enters an academy of other hopeful dancers but all is definitely not as it seems. Strange occurrences are common at the school and it becomes a tale of unfolding the witchcraft and monstrosity present at the quarters. The film stars Dakota Johnson, Tilda Swinton (in multiple roles), Mia Goth, and even the original Suzie, Jessica Harper.

Let’s touch on what I liked first. The dance scenes and the choreography and aura it brings is amazing. Its heart pounding and vicious. The absolute body curling horror that accompanies it is madness. Its all great. I actually loved one of the insane sequences near the end of the film. I think Guadagnino did a wonderful job creating a visual and nightmarish atmosphere when he wanted to. The film is well acted of course, and Thom Yorke’s score works well in many scenes. The muted colors, or lack of primary colors gives the film the dark and foreboding mood, a complete departure from Argento’s original bright and vivid picture.

I feel like the plot needed to be presented in a more direct format. I love the arts and appreciate non linear story telling as much as the next guy (I’m the biggest David Lynch fan ever) but this film could have been condensed to focus on the madness in the school halls. The whole side plot with the doctor ruins the flow of the film and takes back from a film that could have been better with a different style of presentation. Just when you feel like the film starts kicking into life it meanders into something that you don’t care as much about.

Luckily, Guadagnino was able to present his own vision. The links to the original are fairly minimal and this film is mostly him presenting the madness he had. I just wish it was presented better. With retouching, this film could have been great (though still not as good as the original, although I guess a comparison is unfair as both feel like two different entities).  The f’ed up nature of some of the sequences is what breathes Suspiria into live, and unfortunately it needed to focus on that more to avoid is relatively uneven nature. Side note, its hard to tell if that final twisted dance sequence is meant to be comedic or not but the tone was definitely ambiguous, because it was hilarious.