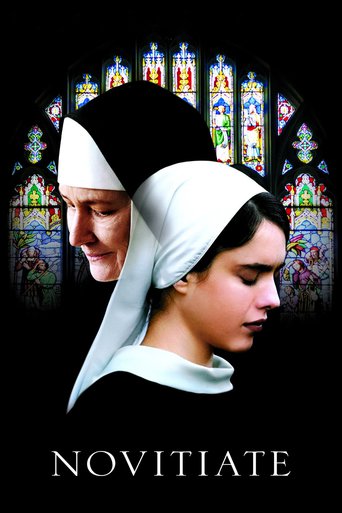 Think Nun Story, but without Audrey Hepburn. Not related, but I really liked that film. Anyways, Novitiate intrigued me because I have a knack for checking out independent releases and this seemed like something that could offer a deeply dark film about a religious crisis and the implications presented, in an environment where it is sacrilegious to have those types of feelings. That sentence probably made no sense, but I will say that Novitiate pleasantly meets its expectations and brings forth strong performances all around.

The film is about a group of young girls who pledge themselves to become nuns. The film takes place somewhere in the early 70’s, so there were many taboo elements including discovering sexuality that were just frowned upon at the time, especially at a Catholic school. The mother superior in the film is stern and cold but times are changing and the students discover the tolls that their pledged lifestyle takes on them and find out who they really are.

Margaret Qualley and Melissa Leo are just stellar in this film. Leo is always consistently good and she is just born to play the roles such as the Reverend mother in this film. The set and costume design is sleek and seems authentic for the time period and religious backdrop. Its a film that questions religion and how much of ourselves we can give to God. I find it interesting that the filmmaker had such a creative effort and if there were any personal influences in making the picture.

There is a crisis of faith and exploring human sexuality, which directly interferes with the practices of the sisterhood in the film. Its a good watch, although I think the film could have been shorter. It doesn’t always work and probably will fizzle out as the year goes on but for real film lovers like myself its something to check out and form an opinion for.