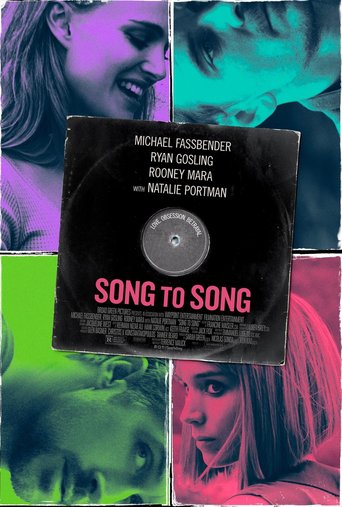 What a cinematic experience. If you know me well, you know I love Terrence Malick’s work. It wasn’t always that way, I had to revisit some of his work to really appreciate what he brings to cinema. Song to Song may have been the film I was most hyped for in 2017, seeing as my favorite actor and actress (Ryan Gosling and Rooney Mara) were finally working together and teaming up with a visionary like Malick. I know this film will divide and polarize viewers but I think if you love cinema and Malick’s style (especially his last few films) you will enjoy this work.

The film is mostly about a couple of musicians who fall for each other and their captivating connection. Betrayal, infidelity, and other humanly circumstances get in the way of their relationship but then they eventually drift apart and find their way to each other. First off, this film has an excellent cast. The four of the top billed cast are immensely talented and this film has a number of satisfying musical cameos. Just like with Tree of Life and Knight of Cups the film uses camerawork that is shifty, montage-like, personal, and with quick cuts. There is use of fish-eye lens, first person, behind the head shots, you name it. The cinematography at times is absolutely gorgeous; the film is as close to visual art as you can get. And this is no surprise because its quintessential Malick.

Narrative structure of the film is coherent despite the cutting and style of storytelling. Its not at ll hard to follow and I was engaged from the get go, it comes down to personal taste. I can imagine a casual moviegoer to get frustrated with the structure and lack of straightforward progression. I found the intricacies of the interactions between the characters so fascinating and thought there was real compatibility between the cast members. I love Rooney Mara so much and her beauty was so crisp in every scene she was in. The characters in this film experience a range of human emotions throughout and its a wonder to behold.

Many may find the film to be pretentious in its attempt to be profound. I was perfectly fine with the inner monologues of the characters, much like with Malick’s recent films. I still think Tree of Life is his best masterpiece but this film is probably the next of his filmography that I feel a strong connection with.  I am glad I experienced this film as soon as possible and wish it would get the Criterion treatment much like some of Malick’s other work.