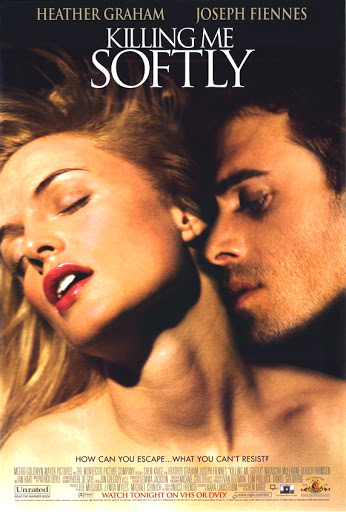 I am not familiar with Chen Kaige’s previous work. This is the only film I’ve ever seen from him and will likely be the only film I’ll ever check out. The film is about a married woman who meets a stranger and immediately falls into an erotic bliss with him. Little does she know that he has dark secrets hidden in his past. Once these secrets come to life her man starts to become dangerous. The plot sounds like something you’ve seen and heard before. Its nothing new and treads formulaic ground. There’s nothing wrong with that per say, as long as the film has key elements that make it memorable. As I stated earlier this is a bit of a mixed bag (mostly bad though).

Heather Graham had previously already had a roll as the roller skate girl in the excellent Boogie Nights. My theory is that Graham is good in small doses or a supporting role but not as someone who has to carry the film. The acting from her at times seemed robotic. The script itself felt robotic. No, actually some of the dialogue in the film could have been written by sixth graders. Its so basic and there’s nothing beneath the surface. The films acting and dialogue delivery makes this seem like a typical Lifetime Network film. Even the sudden and loud score that doesn’t sound like it fits make the film seem amateur. The twists aren’t even interesting or suspenseful. I had the end predicted early.